8 of the Biggest Myths about Car Dealers - Unhaggle Blog 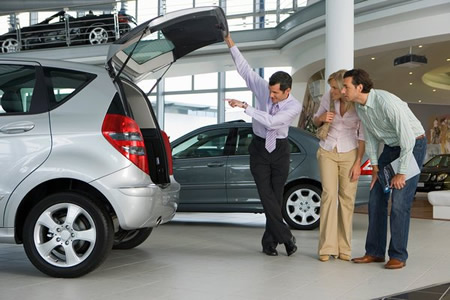 A common misconception among car buyers is that dealers are out to make a quick buck on them. The truth, however, is that most dealers just want to sell a car and satisfy their customers. The last thing on any salesperson’s agenda is to accumulate a list of returns, complaints and negative reviews.

While we won’t go into details as to why car dealers are vilified, we’ve put together a list of the most common misconceptions about them:

Some dealers might use vague language like “vehicle preparation fee” and “security fee” to disguise optional charges such as floor mat installation or VIN etching. That being said, a dealer would never conjure up a fee without listing it on the price quote first. Mandatory fees tend to include freight, PDI, air tax, tire stewardship and regulatory charges like AMVIC or OMVIC. If you see any strange additional fees, don’t hesitate to ask your salesperson what they mean. Salespeople should be able to explain everything to you and allow you to opt out of a charge if it really is optional.

According to an online survey conducted by J.D. Power, 36 per cent of people believe that dealerships make over $3,000 per new vehicle. In reality, however, J.D. Power estimates that dealers make an average of $1,161 per vehicle. That being said, dealer profit often falls below this amount if the consumer decides to haggle. As a rule of thumb, consumers looking for a deal on a car should expect to pay anywhere from three to seven per cent above dealer invoice price. To help you negotiate, we recommend obtaining a free dealer cost report from a site like Unhaggle.com or TrueCar.com.

3. Margins on New Cars are Higher Than on Used Ones

Since new cars cost more than used ones, it’s logical to presume that pre-owned vehicles have even smaller margins. The truth is that dealers obtain used cars for relatively low prices from auctions or trade-ins, allowing them to earn anywhere from $1,400 to $1,600 per vehicle on average. This is considerably more than $1,161, which is what the dealer makes on average per new car.

4. Dealers Rip You Off When You Trade in Your Old Car

Those of us who have experienced trading in a vehicle might still cringe at the trade-in value we were quoted for our car. The truth about trade-ins is that only the cleanest and in-demand vehicles make it to the showroom floor. Most trade-ins either end up remarketed at auctions or resold to other dealerships. The costs associated with remarketing a car can be high and cut deep into profit margins. Those who are still hesitant to trade in a used car should also consider the tax advantages of trade-ins. Buyers will only be taxed on the net purchase price of the new vehicle (minus trade-in value), which can result in a sizeable discount.

5. New-Car Sales are the Lifeblood of Dealerships

While most car dealerships are best known for their new car sales, new vehicles tend to be their lowest-margin product. For instance, the 2016 Ford Fiesta S has an MSRP of $15,749, which puts the dealer mark-up over the invoice cost at $592. The majority of dealer profits come from post-purchase add-ons, including parts, servicing and warranty extensions. A dealer might even sell you a car at invoice price if you agree to pay the full price for the add-ons – something to consider when negotiating the price of your new car.

With online-focused companies such as Unhaggle, TrueCar Canadian Black Book and many others gaining traction in the consumer space, car dealers increasingly view the internet as a cost-effective marketing channel. As a result, the majority of car dealerships welcome internet customers with open arms.

8. Car Dealers are Driven by Greed

One of the biggest misconceptions about car dealers is that they are driven by greed and use unethical tricks to close you. The reality is that most salespeople are simply interested in meeting their monthly sales goals, because failure to do so could result in a salary decrease or even job loss. However, if you do come across a salesperson that’s aggressive, impolite or manipulative, it’s likely that they are just bad at their job, not greedy.